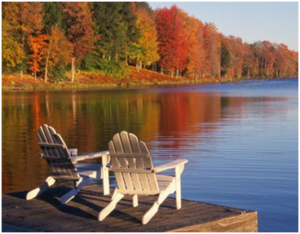 Jesus seemed never to be ruffled.  No matter what happened to him, he is recorded as having perfect peace.  Even when crowds surrounded him and there arose great opposition to him and his teaching, he was not afraid, he didn’t allow circumstances to throw him off, and he was able to face even his opponents with confidence and courage.  Why?

First, he knew that the Father was protecting him, and that no one could harm him without the Father’s permission.  When Jesus faced the crowd which had come to arrest him when he was about to be crucified, Peter drew his sword and cut off the right ear of the servant of the high priest.  Jesus told Peter to put away his sword, and said, ”  Do you think I cannot call on my Father, and he will at once put at my disposal more than twelve legions of angels?” (Matthew 26:53)

Second, he was not afraid of men or the opinions of men.  He realized that it was the opinion of God which mattered, not the opinion of men.  He was willing to be rejected by absolutely everyone if he had the approval of God.  In Matthew 22:16 it is recorded about the Pharisees,  “They sent their disciples to him along with the Herodians. ‘Teacher,’ they said, ‘we know you are a man of integrity and that you teach the way of God in accordance with the truth. You aren’t swayed by men, because you pay no attention to who they are.'”  Even Jesus’ enemies acknowledged that Jesus was a man of integrity and that he wasn’t swayed by the opinions of men.  Jesus had an eternal perspective about how important it was to listen to the Father, not men.

Third, he knew what his Father had asked him to do and he was not about to be thrown off course by any earthly circumstances.  In John 8:29 Jesus said,  “The one who sent me is with me; he has not left me alone, for I always do what pleases him.”  Jesus listened to his heavenly Father, did what his heavenly Father asked him to do, and was not distracted from his purpose for which he was sent to earth.

Fourth, he had an eternal perspective.  He knew that whatever happens down here on earth is nothing compared with the glory of heaven.  We see this perspective reflected in Hebrews 12:2  “Looking unto Jesus the author and finisher of our faith; who for the joy that was set before him endured the cross, despising the shame, and is set down at the right hand of the throne of God.”  Jesus endured earthly suffering because his focus was always on that which lasts forever, not that which is fading and temporary, life on this earth.

So, do you want peace in your own life?  Are circumstances overwhelming you?  Are you being thrown off course by events which have crowded into your life?  You are his child and he is your protector.  Keep your eyes on him and look at the long term – this life is fleeting and you are “a mist that appears for a little while and then vanishes.” (James 4:14)  Realize that the most important thing in your life is the opinion of God, not the opinions of men.  Learn that when you put pleasing God first, when you pray about everything, when you keep in constant communion with God, there will come a peace that passes understanding in your life. (Philippians 4:4-7)  Seek to do what God has asked you to do, put him first in everything, seek first the kingdom of God, and your life will come to reflect more and more the peace which only God can bring.  Jesus said, “I have told you these things, so that in me you may have peace. In this world you will have trouble. But take heart! I have overcome the world.”  (John 16:33)  “Do not let your hearts be troubled and do not be afraid.” (John 14:27)